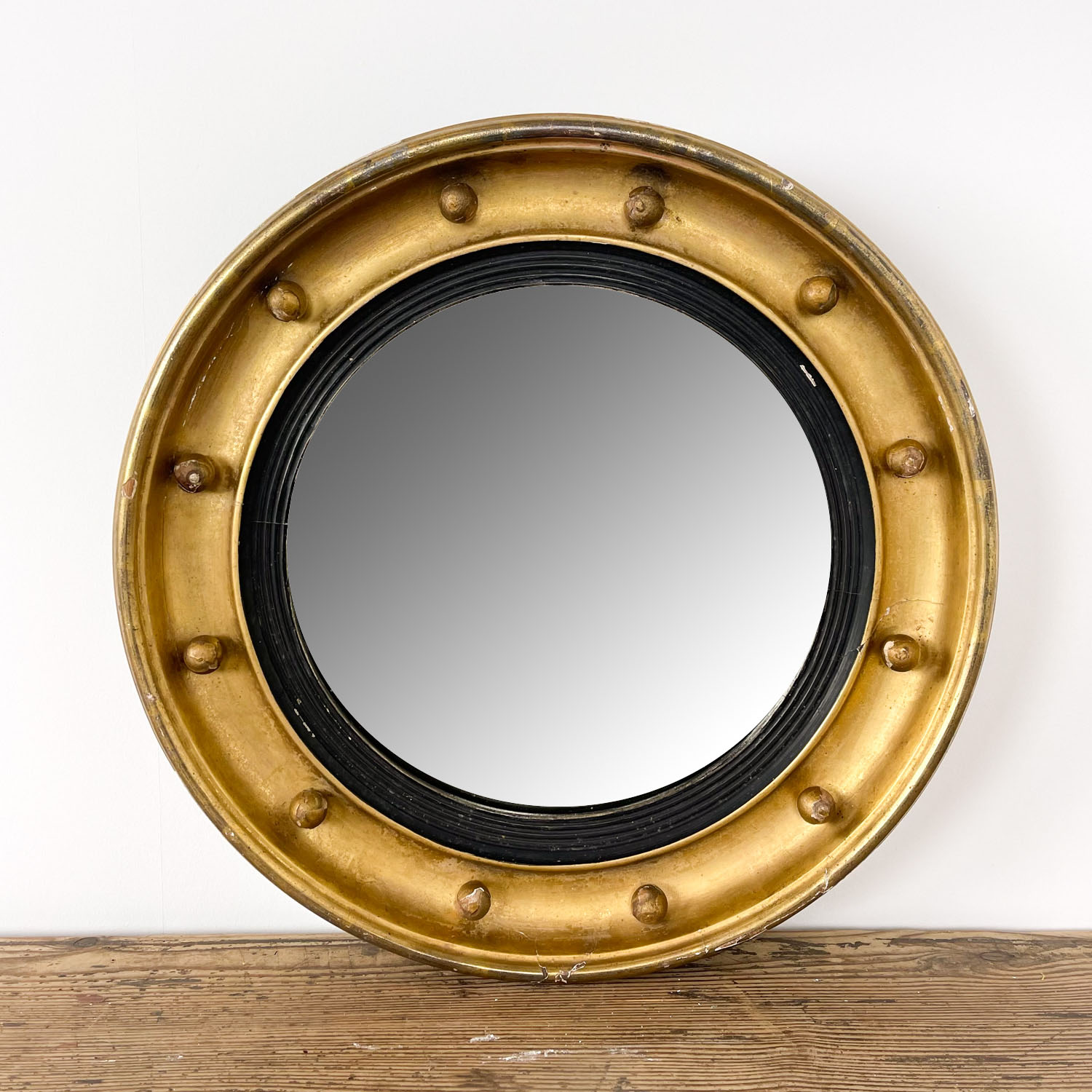 Antique federal girandole convex mirror. This mirror has 13 balls which represent the Thirteen Colonies, also known as the Thirteen British Colonies or the Thirteen American Colonies, were a group of colonies of Great Britain on the Atlantic coast of North America founded in the 17th and 18th centuries which declared independence in 1776 and formed the United States of America. Girandole Mirrors Named for the candle arms attached to the mirror frame, Girandole mirrors became a major source of light for well-to-do homes. Because of the rounded convex shape of the glass that protruded into the room, with the added candle arms and candles, a Girandole mirror could light up the entire space, especially when used in pairs. Pairs of these mirrors were situated on either side of a fireplace in the drawing or living room of the home. Most of the convex glass and even some parts of the frames were usually imported, which makes it hard to identify American designers and manufacturers of these mirrors. These mirrors where also called Bull’s-Eye Mirrors.
Bull’s-eye mirrors typically included less stylized frames, but some had detailed frames. Like Girandole mirrors — sometimes the terms are used interchangeably — bull’s-eye mirrors are covered with gold leaf or bronze gilt or are made from imported hardwoods, such as ebony. The special convex glass used to make the mirror gave the mirror its name. Other Federal convex mirrors include the porthole mirror, named for its resemblance to ship portholes framed in brass. 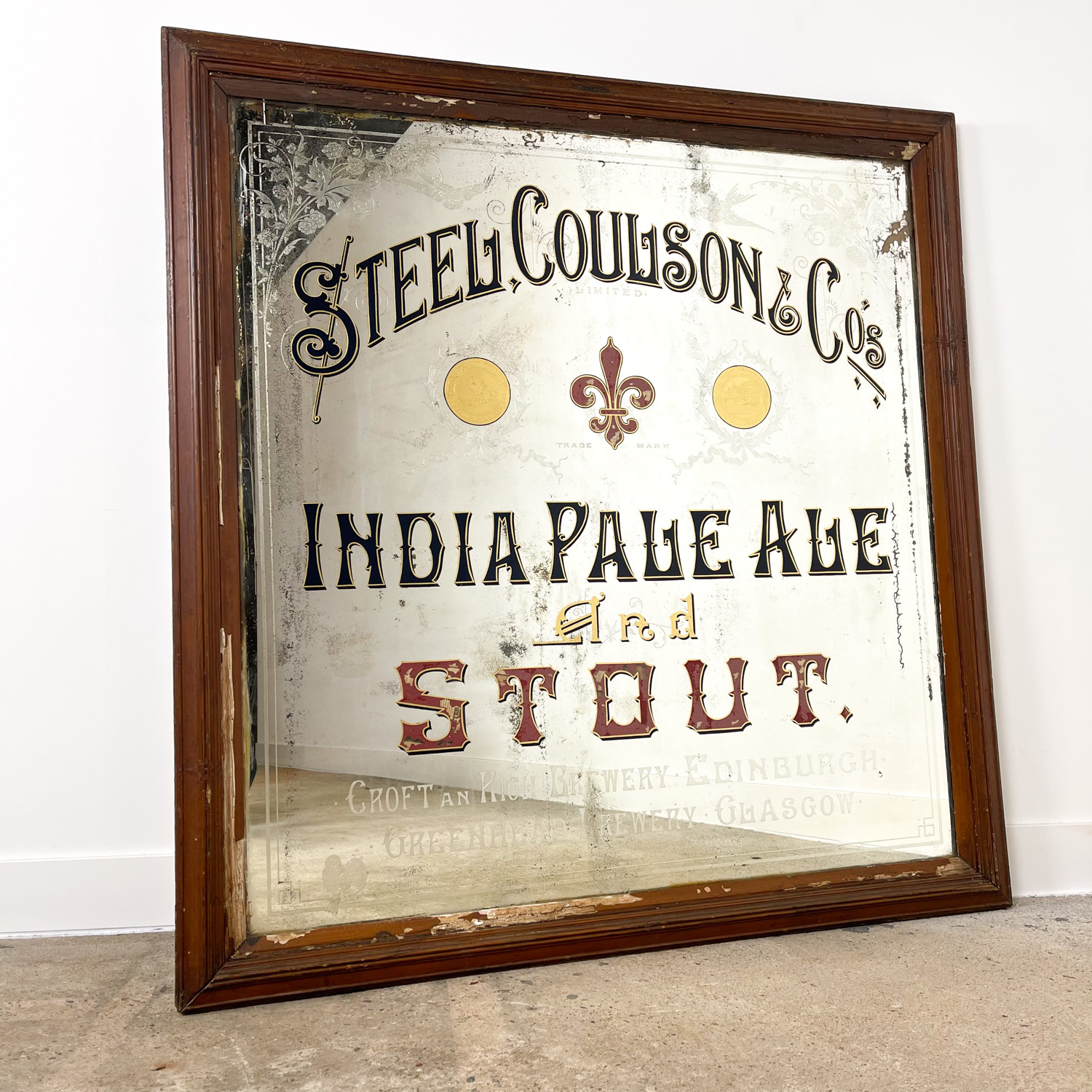 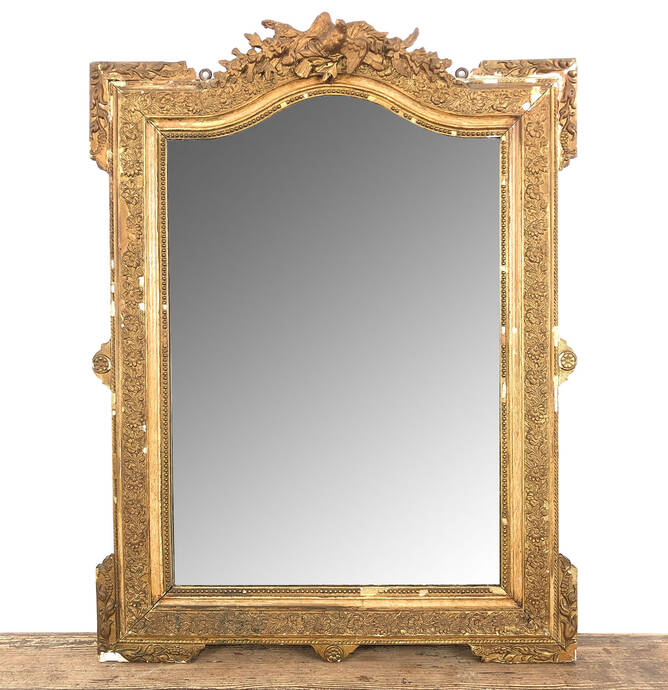